First off...HAPPY CINCO DE MAYO. And, for you white people that's not a holiday for you to go grab 5 jars of mayonnaise and make cheese sandwiches. Even though I'm not sure what Cinco De Mayo is all about I know unfortunately here in America it's really just about another 'drinking' holiday. Jeesh, don't we have enough of those? Isn't it sad that's what most holidays boil down to these days...getting effed up? 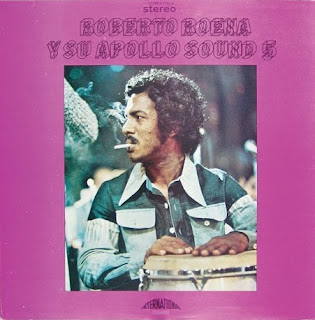 Well, we'll take what we can get. Even if we are due a Chicano / Latino month like Black History in February, we'll compromise to have this one day to recognize our brown peeps.
Back from  below the belt of the equator in our last post with Jorge Ben, we're quickly back to flippin' a bitch and doin' donuts in the streets of Califa. Latin music and inspiration has always been running through my veins. Being raised above the Mission district (Potrero Hill) in the 70's of San Francisco led to much of my development and tastes in musica. A young vato wanna be passed onto me what his older brothers were showing him. We were both 8 or 9 years old. A quick course in 'How to crease your dickies', 'stand so that your shoes made a V for vato', and to always 'carry a comb in your back pocket' among other things. This same little dude left a bunch of 45's at my house that shaped what I got heavily inspired by. At least in the beginning I was an honorary 'Cholo' and still to this day, hard to fight my love for salsa, Latin soul and lowridin' oldies. Orale.
Fast forward a few decades and I'm spinning entire sets of Salsa and Latin Funk. This tune was an absolute staple of mine. This would, without fail, get the entire club into a heated spastic salsa funk fury. The monster drums at the beginning would cause whiplash for any hip hop or funk connoisseur and the entirety of Salsa dance capability on this one is un-fuck with-able.
This is typical of this era for Fania and camp, scorching horn melodies, superb backing vocals setting the pace, and an arsenal of percussion. While this is standard Fania formula, which was killing it and making them and New York city salsa capital of the world, this tune in particular is atop the list for me.
Mos def in my top 10. Here's also this super rare video of Roberto Roena Y Su Apollo Orchestra doing this song on a TV show.  ¡SALUD!


And, as always here's the full (and, quite short song I may add) mp3 for you to enjoy!
Roberto Roena Y Su Apollo Sound - Que Se Sepa
Posted by Sound Boutique at 11:07 AM