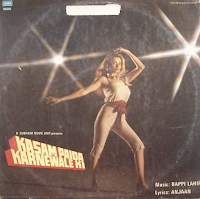 Ever since I started this blog it's put a considerable fire under my ass. It's taken me out of my normal purchasing habits. I've tracked down and bought specific tunes just for this site. This has induced only a more feverish and compulsive hunt for good music. Something both you the reader and me the collector can benefit from.
Today was 'Independant Record Store Day' and although I didn't visit a single store, you can't get any more 'independant' than buying some tunes from a friend or a private seller. So, that's what I did. I had to pick up a record that was sent from Africa to me by digger extraordinaire Juan Gomez. I've mentioned his site before, but you would be wise to check it out again as I'm sure he's updated the gold from the motherland.
I was also pleasantly surprised with how deep the crates of Arjuna Sayyed were. I had just followed a series of blogs that lead me to the fantastic site of DJ Marsellus Wallace. Check it out here http://djmarselluswallace.blogspot.com. It's an impressive collection of tasty tunes and amazing LP covers. I find it hard to believe the author is truly named Marsellus Wallace, but you won't find me giving this dudes lady a foot massage if you catch my drift.
On the site I stumbled on a few Bollywood clips and one in particular raised an eyebrow. Just so happened that Arjuna had the same record in his crates. He has made two trips to India and put together an excellent article and mix of Bollywood breaks. Peep this article in Wax Poetics online. Great story on adventures in record hunting in India. Grand stories of moldy records, marble sized rat turds and some excellent breakin' by Arjuna on the streets of India.
Anyways, this LP has a lot of charm. Even a cover Michael Jackson's 'Billie Jean' that melts into 'Funky Town' and goes on forever. A flurry of insane disco numbers all in a goofy and furious Bollywood manor. Drum machines a plenty, space farts, screams, laser guns, and weirdo electro bits. It's a tasty array of Bollywood dance number madness and the movie itself looks fantastic. I've now got to head to the shops on University Avenue to score the movie on DVD. 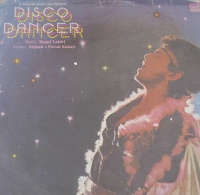 This cut is from the soundtrack to the 1984 film 'Kasam Paida Karnewale Ki'. Music is by Bappi Lahiri who was also behind the 'Disco Dancer' soundtrack. I am reminded by all of this that I need to post more Bollywood stuff including this goof-ball masterpiece 'Disco Dancer'... I'll also try to post the record I got from Juan tomorrow. It's a tasty bit of Nigerian funk.