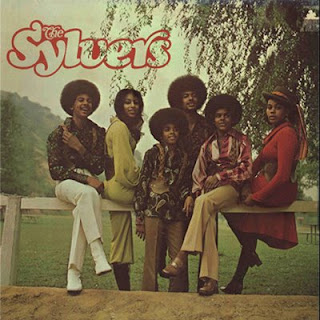 Back to basics here...a little more back down the road of organic and less synthesized tunes. I had to start back with the blog for bunch of boogie and modern soul posts, but changing gears yet again. As always I try my best to keep it fresh and interesting bouncing all across the spectrum's of music.


One of my all time fave groups is also another classic example of undiscovered talent and lost and forgotten groups. Another example of a group only slightly registering on the radar, but deserving of still an even deeper and more proper exposure. Wholeheartedly the Sylvers could have been a super pop group to easily content with the like of the Jacksons. In fact, they did. By most accounts the Sylvers existed right alongside them and had a long history of doing so. It's just one of those cases where every-fucking-body knows about the Jackson Five, and yet...almost nobody 'seems' to remember the Sylvers. In fact, when deejays play the Foster Sylvers track "Misdemeanor' most will think it's Michael Jackson rocking with the Jackson Five. I guess on the upside that's a great compliment. But, for me it may have stifled a groups potential to always be over shadowed by another super group. And, sadly may have lead the Sylvers in a more pop direction, instead of a more 'artistic' one. This LP is a prime example.

The Sylvers had immense talent too. And, in fact their eldest member Leon Sylvers wrote and arranged a multitude of stunning soul songs in his early years. Possible only 18 or 19 years of age, he penned hit tunes like "Wish I Could Talk To You" and laid down incredibly deep textures and phenomenal arrangements in song like "Fools Paradise" and "I Know Myself". These are deep both in message and psychedelic atmosphere.True favorites among break beat and head nodding funkateers.
The youngest member Foster, had two solo LP's and the group changed members throughout the years. They started with 6 members, outnumbering the Jackson's by one, and eventually out did them with being nine members strong at one time. Sylvers family members were popping up outta nowhere. But, thank goodness for them. They also struck another piece of gold with a later 70's hit 'Hotline' in the middle of their disco era.

Leon Sylvers grew to become one of those most important and influential writers and producers in soul music. His mark on soul and R&B in the 70's and 80's is enormous. This is one of the great unknown soul albums and is relatively available. The production is genius, the song writing staggering, the talent endless. Just about every song on this LP is fantastic. You should seek it out, if you don't know it already, and blast it on a Saturday morning and chill with your sweetheart. This is that kind of soul record. Not enough of them as far as I'm concerned.

The Sylvers - Fool's Paradise
Posted by Sound Boutique at 10:38 PM