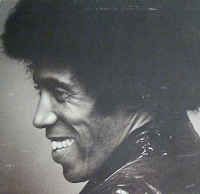 Earlier this month the great General Johnson passed away. It's been a tough year, many of our soul and funk heroes have passed on. Just a reminder I suppose that if we love our 'old school' artists we should show them, honor them and see them perform while they are still around. Just this month alone we've lost the great Gregory Isaacs, Ari Up from the Slits died at the early age of 48, and General Johnson died of Lung Cancer. It's been a bummer to hear about such great artists passing away. Everyone from the wholesome to the exploitative... from Leave It To Beaver's Barbara Billingsley to Penthouse photographer Bob Guiccione...they both passed in October as well. It's a bit much!

Out goes General Johnson as well. General Norman Johnson is probably best known for being in The Chairmen Of the Board. From the well known '(Gimme) Just A Little Time' which charted quite well, to the soul anthem of 'Gone Fishin'' the Chairmen 'brought it' to the soul fans. '(Gimme) Just a little more time' is classic soul by the chairmen, and additionally the General penned 'Want Ads', and 'One Monkey Don't Stop The Show' for Honeycone. 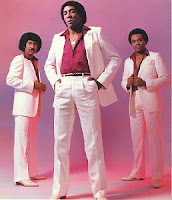 He started out in 1961 performing and writing with The Showmen, known best for 'It Will Stand' on Minit Records. Then with the Chairmen Of The Board cut several records for Invictus. One of which was recorded in a very heavy Funkadelic fashion with Bernie Worrell and Eddie Hazel called 'Skin I'm In'. Mr. Johnson has an impressive catalog and recorded just about every style of soul music possible from 1961 to his death this month. An incredible artist with so many contributions to soul music.
This tune in particular is a classic nice little stepper from his self titled solo LP released in 1976. This is excellent soul music. One of my absolute favorite soul tunes EVER. 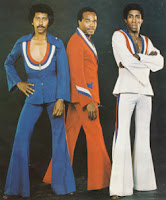 I guess why I'm personally affected by these deaths is that I'm heavily entrenched in the eras of the past. It would feel different if we had staples of artists today that were making waves like the ones before. Just a lot happened that was important and vital in musics history. Like, how many pop bands these days perform with any instruments? Probably very few. Certainly fewer compared to those of the 60's, 70's, and even the 80's. And, the same goes for talent. General Johnson had an immense amount of talent and skill. I hope you enjoy this sophisticated soul number done by the man who now chairs the soul council in the sky!


General Johnson - Don't Walk Away
Posted by Sound Boutique at 2:21 AM