Myron And E - They Don't Know 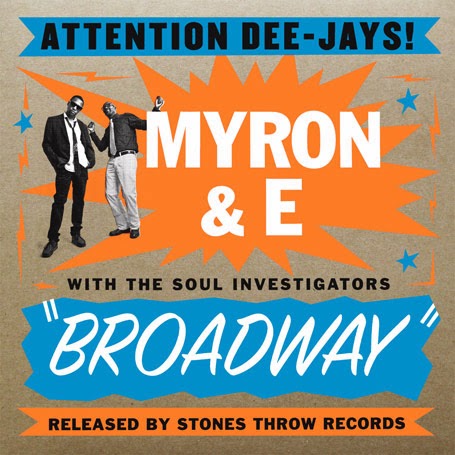 These boys are GOLDEN. This album has been in my playlist since I got a hold of it. And, its growing on me more and more every day. It's golden material all throughout..not stuck in the past music that it emulates but, breathing enough life into it enough to do something new. At least that's how it feels. Yet, it feels remarkably contemporary. Not going to be capable of being pigeonholed as 'retro' soul. And thank god. True soulies know.

These two and a exceptional band, The Soul Investigators, have been putting out quality on the TIMMION label for a minute, and this new venture on Stones Throw will likely put them into the ears and hearts of a whole new audience, and perhaps a new generation. Good for Myron and E and good for those ears. It collects tunes from both Timmion albums and some tunes NOT on the Timmion releases. 'Broadway' is being commandeered as the US version of these releases. There's so many tunes on this LP that I really like, and 'They Don't Know', although a small sample from their catalog, will have to suffice for my share for now. It's such a solidly mature and endearing soul LP. 'If I Gave You My Love' is absolute straight bomb. 'Broadway' and 'Everyday Love' are true sweet soul grooves and all are real catchy and addictive. "Going in Circles' and 'They Don't Know' drift into heavier subject matter..and it's a welcome treat..part of the real appeal of this LP for me. Some thoughtful looks into class/social/behavior and relationships throughout the LP. Meanwhile 'Do It Do It Disco' might be the burner of the year, this AND last. They are seasoned soul travelers and this venture into disco, almost in a BT Express fashion, is hypnotizing and completely lovable.

Check out the video here...

Usually here on this blog we are opposed to posting newer material. But, that's been longing to change for quite some time. There's so much material we want to share, so we've decided to not deny our fellow fans and music lovers. And, additionally this is the perfect gem to break those old rules anyways!
In 2014 and onward we're going to highlight new acts, re-issues, and anything else we see fit. But, we'll probably still stick to things on vinyl...but, we'll see. 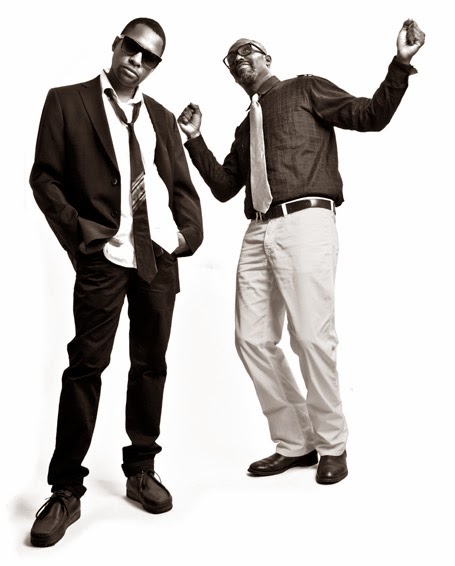 All I gotta say is well done fellas. This is a solid album and highest grade of appreciation for it here at Sound Boutique. We just hope they won't be mad at us for sharing one little genius of a song. 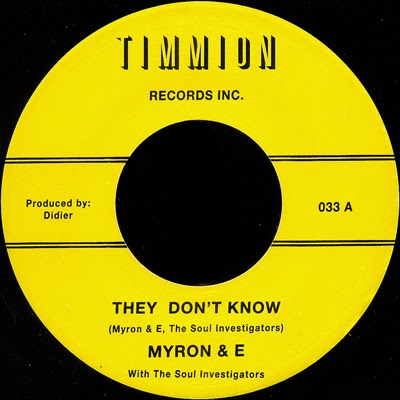 Myron And E - They Don't Know
Posted by Sound Boutique at 7:08 PM