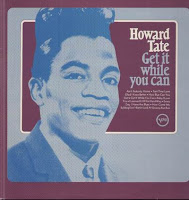 Damn. I can't believe it. Another one of my true soul hero's has gone. I just about cried when I heard the news. I couldn't believe it. I met Howard back some time ago. The timing was strange and I was visiting some family on the East Coast. It just so happened that he was playing a fair or festival near by and even more amazing my Brother, Andy Hess, was playing bass with Tate's band. We chatted about what songs he had to practice for the gig, and thanks to my brother, I was a shoe-in to hang and meet the great Howard Tate. Stoked that even my daughter got to see this massive soul legend.

He was never a legend in the sense that he got his fair shake. His masterpiece of a soul album never got the appropriate push, and Howard, quite possible one the greatest souls singers on the planet, fell into obscurity. Not with true soul heads mind you. Both Soul enthusiasts, musicians, and record nerds alike knew about Tate's music. Then AND now. But, we are in the minority.

In 1967 the Verve label released Howard's "Get It While You Can" album and gave it a luke warm backing. It was a thunderous masterpiece of astonishing soul power. But, Verve dropped the ball. Perhaps the label was busy with other projects. 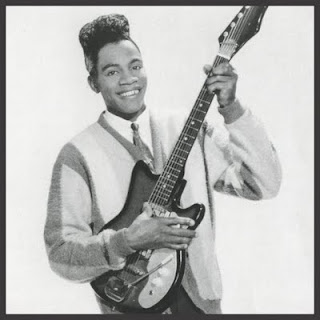 Nevertheless, without a big push record sales were weak. And, Howard Tate was NOT a household name. Two subsequent albums didn't fair any better and Howard eventually quit the biz.
Trouble tightly traced Howard's life after that including the tragic loss of his daughter to house fire. He suffered an additcion to drugs and was homeless for a stretch. Eventually Howard pulled through on his own, became a minister, and sought to counseling those who were afflicted with the same condition.

It was miraculously the same soul devotees that found out what had happened to Howard that brought him back deservedly into the limelight. A mixture of several soul enthusiasts and radio deejays found out that Howard Tate was alive and well and sought to bring him back. Conversations about the extent of how much he was missed, loved and appreciated for his music convinced him to return to the stage. 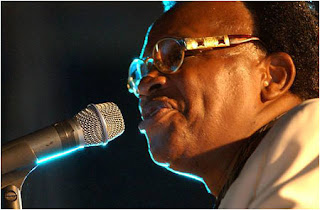 He enjoyed close to the entire last decade performing and recording again. Walking out onto stages filled with appreciative crowds and standing ovations. Even his partner in the "Get It..." album, Jerry Ragovoy reunited with him and recorded 'Rediscovered' in 2003. Howard had a good run before his passing this past December 2nd, and was well loved by the soul community. We will forever love you and your music. Rest in Peace.

This song is NOT on the original 'Get It While You Can' album, and was only released as a single. It's a rarer song by Howard and doesn't make good sense to be excluded from the original album. But, included here for you, of course, as the rarer gem that you must hear. Both 'Stop' and 'Shoot 'em All Down' are nothing short of wicked powerhouses. Just as the entire LP is a solid stellar and amazing work of soul genius. Both Howard's incredible talent and Ragovoy's amazing writing contributed to one of the most important and incredible missing pieces of soul music vinyl grails.