Sumy - Funkin' In Your Mind 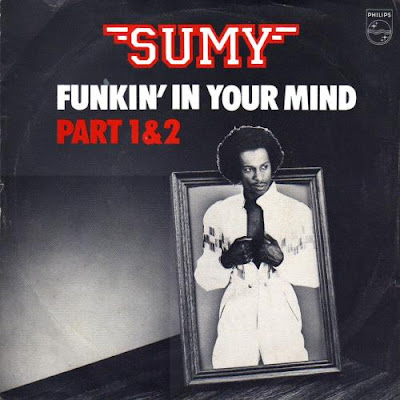 Here we have one bit of sleaze funk from bizarre euro-tripper Sumy. Originally from the Netherlands, but of Surinamese descent, he started his own label Galaxy and put out a string of interesting and odd ball tunes. Often covered with hand drawn art and hand made looking covers, it only added to the appeal of his home spun funk. This particular tune has a more polished look and sound and was picked up for the Philips label. The driving beat and loopable groove is polished but, psycho (like the rest of his work) nonetheless.
With affectionately named tunes like 'Escape From The Earth'. 'Where Were You Last Night (Sexy Lady)', and 'Bitch, We Danced A Lot' it's easy to see that Sumy is a funker on an entirely different level. 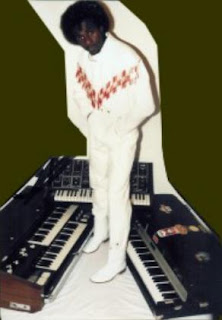 This release was only available on a single, but his LP 'Trying To Survive' is quite sought after and good and cheeky throughout. Mostly because of the wickedly catchy 'Soul With Milk', another genius goofy song title, which is probably his best tune in my opinion. I feel like it was used by somebody in Hip Hop... Perhaps the Common song of the same name?

We'll feature that song and a few others from the LP in the future but, for now we'll share this head nodding weirdo groove complete with goofy early 80's rapping. It's almost a perfect candidate for a Halloween mix. A bit late for this year of course, but hopefully you'll enjoy it anyway. I was away during that time anyways, perhaps you'll accept this as make-up homework.

Sumy - Funkin In Your Mind
Posted by Sound Boutique at 10:16 PM