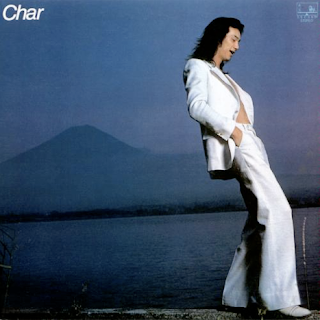 Due to popular demand, I had to post this up. It was one of those situations where I actually thought I had already done it. Even the mp3 was already loaded up on media fire. But, it seems I've had some slippage. I was wrong indeed. No worries. If at any point you notice I am double posting, it's not because I'm trying to cheat, I'm just actually getting a little senile. Here it is, in all its splendor. This fantastic man (or group) Char. I think the name does refer to the actual dude Char, based on interviews I've seen of him on Japanese TV. Either way, Char is mostly a rock and roll outfit. This is one of those exceptions. Feeling the tides of soft rock and fine mist of quiet storms, Char crafted this epic tune. I'm ALL in on this one. Definitely my shit. I've said it before (perhaps waaaay tooo much) but, I'm hell bent on this mission to connect the many great things I'm finding in the soft rock and funky rock soul vein from japan to that of its US counterpart. Seems as though Boz Scaggs, Bobby Caldwell and even the likes of Fleetwood Mac and Steely Dan sent waves that crashed on the shores of Okinawa. Thing is, some of the Japanese soft rock is even light years better. Case in point this tune.

The vibe and groove of this tune is lethal. Even with a lengthy guitar solo, which feels so dated and outdoor rock festival-ish, it still manages to kill me. If you know anything about my tastes, you'll know how much I love the imperfections in this singers English accent. It's not how you say it, so much as what you're actually saying. And, this song has a happy little positive message. Love it. Then it gets brutal, at about two and a half minutes in, they cave my head in with this synth and guitar thing. Sounds like they're showing Blue Oyster Cult what it really sounds like to be the cheer squad for Godzilla. Nice chanting vocals, goofy-but endlessly cool-lyrics and a mid-tempo groove. Great synthesiser action throughout, tasty flute, falsetto highlights, it all adds up to one tasty bowl of Blue eyed inspired Japanese Boogie funk. Stir it around a bit, let the miso mix with the tofu bits. You'll thank us for it.