The Linda Lewis Special - Part One 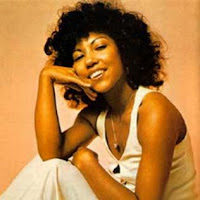 There's real depth to Linda Lewis' music. Once you're hooked on her sultry style its hard to pull away. Her falsetto range and almost kid like voice takes some getting used to. As a song writer she composed some of the greatest folk and feel good soul music I've ever heard. Still few folks have really heard of her, yet fortunately most of her material has now thankfully been re-issued for exploration.
I'm starting this tribute to her by featuring 4 tracks from her amazing "Lark" LP. It was the first of hers I was turned onto. In fact, a major Japanese dealer peaked my interest when he was picking it up. I was fascinated by what the interest could be... and, I was floored by how incredible Ms. Lewis actually was. The moderate and lo-fi yet beautiful cover artwork helped as well. Then like wildfire I was off to get everything she had ever recorded. Additionally in this part one tribute to her, I'm including a few tracks from her first and rare as crickets tits LP "Say No More". 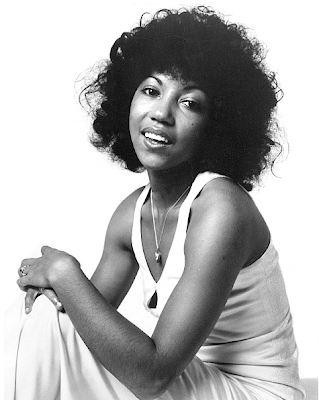 She originally hails from London, England and wrote and produced all of her own material. Not only was she writer and producer, she was a stellar vocalist with a range that few could reach. Not mention she's an accomplished keyboard and guitar player as well. After you listen to the music she made, you realize just how incredible these facts really are. Her marvelous writing and constant song structure changes will keep you constantly impressed. Her freedom of expression, unusual approach, and wicked melodies all surmise her magic. Linda was light years ahead of other folks. She seems to have been influenced and inspired by a vast array of material ranging from Stevie Wonder to Crosby, Stills, Nash & Young. Yet, again she was more playful and free than most folk artists around at the time. She honestly had a mold completely of her own. 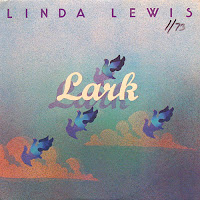 Her style was light, folky, country, hippy, funky and completely unique. There's really nothing like her music. She was in the group Ferris Wheel in 1970 by replacing Marsha Hunt in that groups line-up. They recorded an LP entitled "The Ferris Wheel", toured throughout the UK, and quickly disbanded the same year. She then recorded four solo LP's for the Reprise label. Those four records are some of her best material. Her first, "Say No More" was released in 1971 in which she laid the groundwork for the Linda Lewis sound and etched her way into UK history. Her absolute style is represented here, and bench marked just how incredibly light years ahead of her time she truly was. The other landmark LP for both her and amongst collectors is her 1972 masterpiece "Lark". Then in 1973 she released "Fathoms Deep". Oddly, and as fitting as it might be, as a song writer she is simply just that..fathoms deep. 'Fathoms' spawned a little more momentum and her first US tour with Cat Stevens who she was greatly inspired and influence by. Her next and last LP for the Reprise label was "Heartstrings", much sought after for her tune "Sideway Shuffle" which was a huge hippy funk spin of mine and largely sought after in the rare groove circuit. This last LP was mostly a 'Best Of' compiling tunes from both 'Lark and 'Fathoms'
She recorded two more albums for the Arista label. First "Not A Little Girl Anymore" in 1975, and "Woman Overboard," in 1977. Even though she had a great deal of success covering 'The Shoop Shoop Song' by Betty Everett on the 'Not a Little Girl' LP, somewhere between that and "Woman" things for Linda had changed. 'Woman' got lost in a swirl of discofied pressure. During this time she lost her way and was pushed in a more commercial direction. She decided to become more focused on her personal life and family and steered away from the record biz. 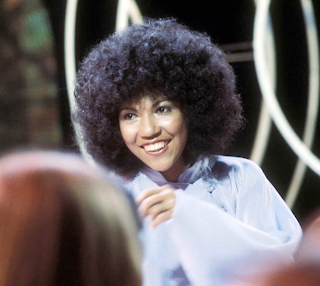 Still she made quite an impression and stayed busy the entire time of her career. Basically putting out an LP pretty much once a year. The imprint she left us is still being felt and she's now heralded and appreciated much more now than ever before.

One thing that can be said for music by Linda Lewis, it makes you feel good. Nothing makes me feel like summer time, like swimming in a gorgeous river in pristine nature quite like her first LP. 'Lark' is like being in love for the entire album. It's acutally rumored she was in love at the time of that album. She gave us 'love' whenever she wrote or performed her music.
In this part one, I'm featuring a few selections from her first most vital two LP's. In part two, I'll feature the notorious "Sideway Shuffle" as well as her much later 80's records, bits and pieces of her newer material, as well as feature a bit from the coveted Ferris Wheel LP.

Spring Song
Reach For The Truth
It's The Frame
Feeling Feeling

Posted by Sound Boutique at 1:02 PM