Fonzi Thorton - I Work For A Living 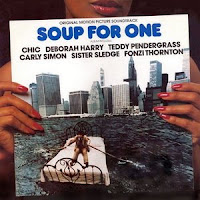 In spirit and celebration of the new Nile Rodgers presents The Chic Organization: Box set ... comes this offering from the lesser know soundtrack to 'Soup For One'. It's only available in this soundtrack. This track by Fonzi Thorton 'I Work For A Living' is some of the finest work by Nile Rodgers and Bernard Edwards. It's really a well hidden secret Chic track. The bass and guitar work together like rapid fire machine guns. I don't think the Chic sound was played this hard or with this fury as it was with this particular track. It's only made even more special by featuring Fonzi who only had a brief glimpse of a recording career. Mostly Fonzi was hidden from the limelight and probably could have been a bigger star. Although he could have had much success on his own, he provided many with excellent backing vocals and gave his time to tour with Chic. This is solid anthem material here... a working class anthem to boot. The other really tasty tune on this soundtrack is the mellow 'Soup For One' title cut by Chic. It too is amazing.
I have to say I was un-impressed by the Chic box set. Disappointed really. I think many of us, huge fans of this particular track, had hoped for a nice edit or re-working at some point. I had (as I assume many others had also) hoped that the re-edit or extended version of 'Work For A Living' on this collection was going to be the grail I had always waited for. But, it falls a bit short. The drum tracks are a bit disco-y (or rather house style.. u know.. um sist um sist um sist) and in fact sound as if they used a drum machine. So, a bit of a bummer for me. Perhaps I'll get around to extending it myself. But, somebody should do it justice. Maybe some of you know of a better edit or version. But, still this tune is a monster. Sooooo good. Further on the Box set....what!? no crazy 'Good Times' extended rhythm tracks or outtakes?? Crazy right? Maybe in Volume Two, they'll go there. They really SHOULD.

You'll be happy to know this rip is from the Original Soundtrack LP and NOT the box set. But, you should still go out and get it too. See if you like the treatment. Anyone out there seen this 'Soup' movie? 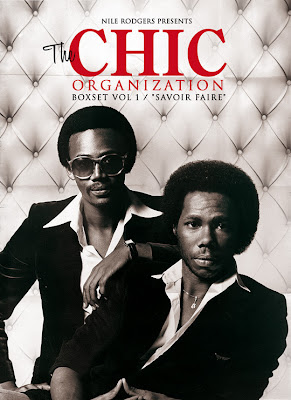 Fonzi Thorton - I Work For A Living
Posted by Sound Boutique at 10:09 AM