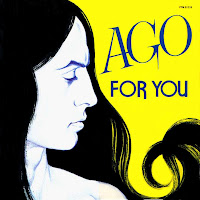 I have been meaning to get around to this for ages. This has been one of my favorite Italo pieces EVER.  This entire LP is earth quaking robust synth disco madness. It sounds as though its the undiscovered 'Chic' LP with killer backing vocals and some of the tightest drums, bass, and guitar you've heard since 'Risqué'. If you don't know about it, now ya know. Although this is going to take an acquired taste. More Italo with heavy accents but, it works in the album's favor. Certain phrases sound even better when they are not quite grammatically correct. For example this song is obviously about 'Good Times' yet the song lyrics repeat 'We're gonna have good time' and so on. In another instance there's a song on this LP called 'Stop Your Life' and although it appears to be about suicide, it's really about a plea for a romantic affair. Strange yet particularly odd and beautiful. I've been gaga about this LP for about 3-4 years now and its been a secret weapon of mine in the crates. I can't recommend this highly enough, it's really solid from start to finish.

The comparison with Chic doesn't fall short of the title 'Good Time'. This LP is drenched in Bernard Edwards and Nile Rodgers like hot fudge on a sundae. At one point the singers chant 'I need your love, I need... your love' and I rest my case. The whole things is bright and electric. Most of the tracks are just how I like my boogie, serious heat produced loud and clear and all pack a mean ass punch.

There's not much information on AGO and even though 'For You' seems to be incredibly popular both in Italy and throughout the world, I have not found any videos or footage of these songs. Despite the desire for other songs from this era, this is the entire body of his work. A few things trailed this LP, but they are all pretty bad. A few of these songs came out on 12" and one is extended a few minutes, but no interesting b-side or non-album tracks have surfaced as of yet.

Ago's real name is Agostino Presta and true die hard Italo fans will know the incredible Cavalieri team is behind the curtain on this album. That is also who was behind the recent post I made for the group Nexus. This is also one of the prime works of Luciana Cirrillo, Michele Violante and a few others from other famed Italo group The Rainbow Team and the utterly amazing Electric Mind. 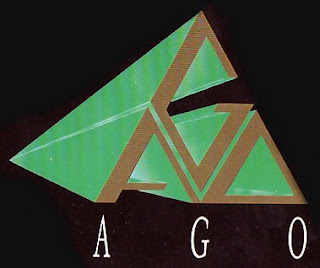 Get the whole album, it's WICKED.

Ago - Good Time
Posted by Sound Boutique at 9:29 PM