Prelude - Take It From Me 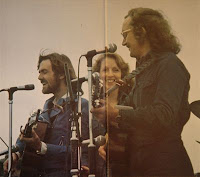 UK act Prelude bring us this enjoyable folk pop album. I originally started to do this post with just one track, but honestly feel it's better to represent their sound with a few cuts from this LP. They're a brilliant act with sweet harmonies and a well rounded jingly touch to their own brand of AM rock.

This is some Pina Colada and 'walkin' in the rain' music for sure.

This sound won't be for everybody, but represents the diversity in the music in which we love on this site. A lot of this same style of music was harvested by Leonora, who started a night called 'Smile' in San Francisco.  Two Years ago when I DJ'ed there it had transformed quite a bit and was a completely different animal. Respect is due to 'Leo' for not only starting that night, but for also diggin in the crates for rare folk, pop, rock, and hippy stuff from the 70's. I was sold on first listen, and thought of her when I found this in a junk shop record pile. 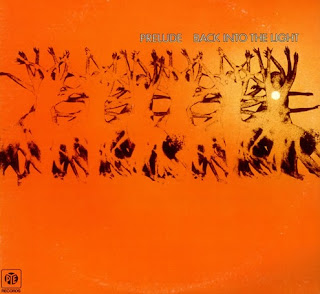 I've included the first three songs from side B, just because they moved me the most, and I've also included the first song on side A. 'Take It From Me' is by far the best song on this LP, yet there's a variety in these songs. From the 'funky-lite' style in 'The Night That New York Cried' (easy a second best) and 'Woman To Love' to the Jesus Christ Superstar-ish jam 'I Was Born To Sing Your Song' (a strong third best on the LP) they've got the 70's late night lite rock vibe covered.

In ripping these songs I made a slight error in tagging them. I mistakenly misread the date from LP label.  In the track ID tags I entered 1978 as the year this LP was released, but it was in fact released in 1976. I'm off to track down any other good Prelude LP's and if you know anything about this group, please I encourage you to share!


Prelude - The Night That New York Cried
Prelude - Take It From Me
Prelude - I Was Born To Sing Your Song
Prelude - Woman To Love
Posted by Sound Boutique at 2:10 AM